Guide to buying property in Spain

We hope you enjoy our guide to buying property in Spain, the country of choice for those seeking year round living, holiday homes and investment opportunities.

Spain is the second largest country within the European Union, and a member of the Schengen Area, but has a relatively small population of around 46 million. Its continuing popularity as the country of choice for holiday property owners and for those seeking Spanish property for year round living is due to its fantastic combination of enviable weather, stunning scenery, a diverse and vibrant culture, plus a modern infrastructure for healthcare, education and transport.

Spain is divided in 17 autonomous regions with their own elected authorities. Each community has its own distinctive culture, and in the case of Catalonia, Galicia and the Basque country, a separate language, although standard Spanish, known as ‘Castellano’ or Castilian, is also spoken in these areas. The country shares the Iberian peninsula with Portugal and its territory includes the Balearic Islands, the Canary Islands and two North African enclaves, Melilla and Ceuta.

Spain joined the European Union in 1986 and has developed a dynamic and rapidly growing economy. The global recession that started in 2008 had a detrimental effect on Spain, but since 2014 it has shown positive growth and the construction industry, one of its most important sectors is returning to a renewed period of growth. Its main economic sectors are the wholesale and retail trade, transport, accommodation, plus agriculture (especially fruit and vegetables, olive oil and wine) and tourism are also very profitable.

A diverse and modern culture

Those people who have never visited it, might be under the impression that Spain’s main attraction is ‘holidays in the sun’, but this is not the whole picture. Away from its beaches and coastal resorts, there is an extraordinary variety of things to do: skiing in the Sierra Nevada or Pyrénées; walking the pilgrimage route of Santiago de Compostela; UNESCO World Heritage sites; cutting-edge art galleries in Madrid, Barcelona, Mallorca and Bilbao; exciting festivals such as San Fermin (Running of the Bulls) and La Tomatina, plus a host of ferias and fiestas that are unique to Spain’s cultural traditions.

This a vibrant, modern country that is a curious mixture of young and old: old in that it has existed for centuries and been a significant player on the world’s political stage – it was a Spaniard who discovered the New World and it had a considerable empire until the 19th century. And it is young, because it is still in the process of creating a new identity after Franco’s dictatorship that lasted from 1939 until his death in 1975, when Spain became a constitutional monarchy once again.

Living in Spain for property buyers

Spain has been welcoming holidaymakers and property buyers since the 1960s and has a tradition of welcoming the many foreigners who have chosen to relocate here, either for retirement, for work, or for shorter stays. The famous Spanish Costas are particularly well equipped within their public infrastructures of health, education and transport to cater to the needs of foreign residents and great effort is made to integrate non-Spanish residents into the political and cultural life of communities with free language classes and other activities that bring locals and newcomers together.

It is also true that in those areas with the greatest numbers of overseas residents, whether British, French, German, Belgian, Scandinavian or Russian, individuals and businesses from each one have added cultural and leisure activities, and business opportunities, that cater to their own community. There are Russian Orthodox churches, British pubs, French cafés, Scandinavian design shops, German clinics, and there are restaurants representing just about every ethnic cuisine in addition to the many fine Spanish eateries.

Adapting to the Spanish norms of daily life is not difficult once you’ve figured them out: for example, shops may not open until 10am and will often close at 2pm and re-open at around 5pm until 8pm. Supermarkets are an exception and tend to be open from 8.30am until after 9pm. On Saturdays, shops close at 2pm (except supermarkets) and only some small shops are open on Sundays. Banks usually close around 2pm every day, although some are extending their opening hours, and you might find that you can only pay utility bills on certain weekdays between specific times. These are just a few of the little differences you might find between Spain and your home country.

Wherever you decide to live in Spain, you will find an excellent choice of properties, ranging from the ultra modern to the more traditional Mediterranean style, plus traditionally Spanish haciendas, cortijos and fincas. Some prefer what is viewed as ‘the real Spain’, whilst others prefer the more cosmopolitan areas, and you will find that location and ‘fame’ affect prices. For example, glitzy Marbella is more expensive than ‘traditional’ Mojacar on the Costa Almeria. You can find more about price ranges in our specific area guides.

iFindSpain will help you find the best property in Spain

iFindSpain is uniquely set up to make your life as a customer looking for a property in Spain and awful lot easier. Most of the team have lived her for many years, and some have lived in Spain all their life and have the advantage of being Spanish native speakers, as well as knowing how things are done here. Every property buyer benefits from that kind of experience and local insight, plus at iFindSpain we are plugged into the real estate network in the areas with the highest demand for Spanish property, as well as a few that overseas buyers may not know so well. At the moment we have over a 100 real estate agents based in Spain listing with us and that number is growing every week.

Let’s suppose you’re looking for a Spanish property for sale on the Costa Brava or Costa del Sol, two of the most popular areas with buyers. However, they are pretty large areas and it can be daunting choosing a place to start. We’ve offered the maximum number of sub-search options possible, so that you can just see what is available in Elviria, rather than have to look through all of Marbella properties, because Elviria is in Marbella municipality.

What’s more, you can talk to us about what you’re looking for, because iFindSpain offers a PERSONAL PROPERTY SEARCH SERVICE. This service gives you the advantage of not just being able to talk to the team at iFindSpain – through us you’ll be tapped into real estate agents, experts, agencies and businesses around Spain, and the rest of the world if that is what you want! 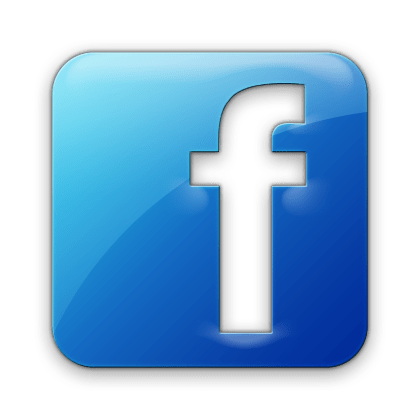